The best mascara I have ever used 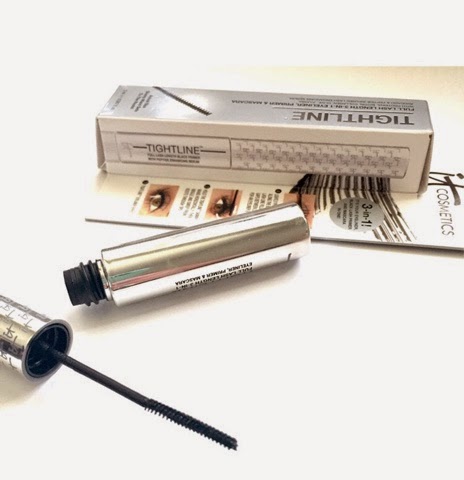 Ok so maybe the title of this post is a little deceiving.. it should really say “The best mascaras I have used in a very long time” because this post is actually about two different mascaras from the same brand.  Im talking about the TIGHTLINE mascara  and HELLO LASHES mascara from Itcosmetics. I picked some minis  up on my first visit to Sephora Sydney

I had been wanting to try the tightline mascara for some while after seeing it mentioned around the beauty community.  I was taken by the  look of the super slim brush and the idea that you could tightline your lashes while also coating them in mascara.

When i got this home I was surprised at how small the brush actually was! Here it is compared to the lower lash brush on the Maybelline big eyes mascara. Its tiny! The bristles look non existent and  a small spiral of raised bristles… seriously tiny!! 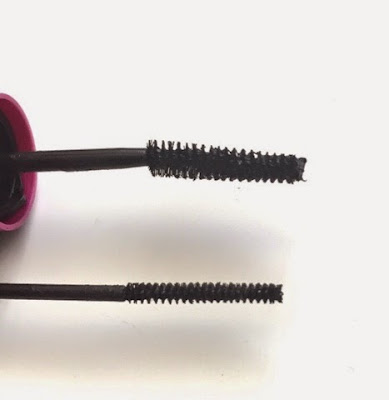 I understood how this mascara was going to tightline but how was it going to add any volume or length at all to my tiny lashes!
Well!!
The tiny tiny bristles somehow managed to really grab the lashes and push them upwards making them look longer but with lots of separation (no clumping at all!!) The drier formula of the mascara meant that minimal mess was made with little to no smudging and smearing. Only the tiniest amount of product was deposited on lashes but it packed a real punch. 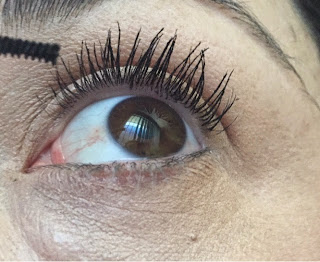 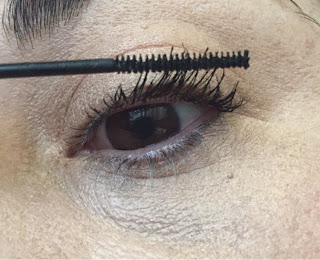 So what about the tightlining? Well for me it was a bit of a fail. The brush is designed to get right next to your lash line where you can wiggle it and leave a deposit of product which should make your lashes look thicker and your eyes lined. Because the formula was pretty dry it meant that you had to press sort of hard to deposit any product into this hard to reach and delicate area.. My flinch reflect and unsteady hand lead to lots of eye poking and ruined eye makeup! ( you should thank me for sparing you all the smudged mascara, red eyeball shots)
Despite my failure in using the product as its intended I will be repurchasing this product again and again as it simply does a great job at lengthening and defining my lashes. IM seriously in love with this product.
The TIGHTLINE Mascara’s chunkier sister is the HELLO LASHES mascara.  While i hate the packaging? (the foamy handle collects every dirty makeup fingerprint imaginable) whats inside is marvellous!
The formula boasts a lash enhancing serum and claims to replace 5 of your lash products. Im not really sure how many people apply 5 products to their lashes so I’m reviewing this on its performance as a mascara. 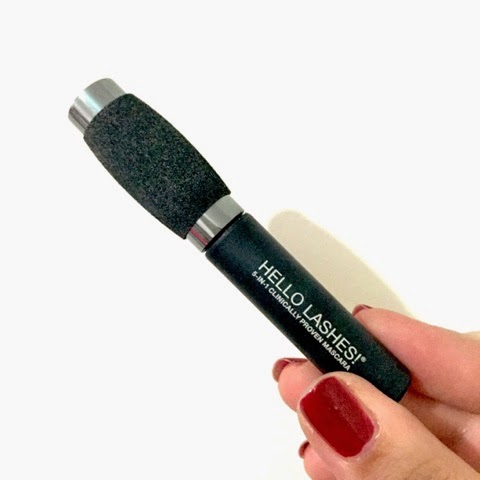 The wand reminds me a bit of the They’re Real brush in that it can be used vertically and horizontally with a round tip designed to be dragged along the length of the lashes. Like the TIGHTLINE mascara this formula is great! Its not gloopy and too wet and does a great job at coating the lashes in ultra black product. This brush adds more volume and as such does clump them together slightly (as opposed to separating them)  However its nowhere as near as clumping as i found They’re Real to be (that mascara often gave me what looked like five lashes in total)  I found that i didnt need to remove too much product from the wand and the tube managed to capture most of it. 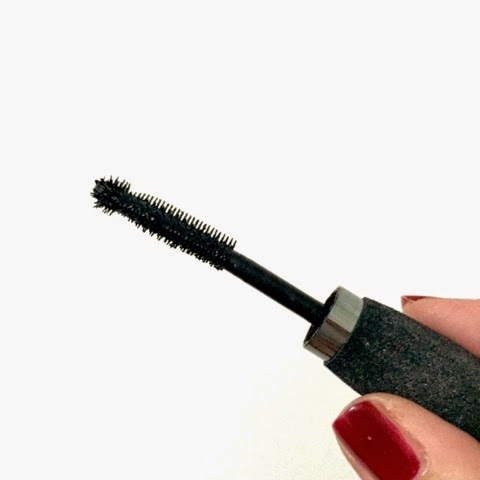 The rounded tip was also really good at getting into the inner corner and coating those tiny usually undetectable lashes in product also helping to give a wider eyed appearance. 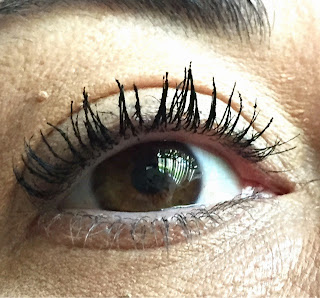 These two can be purchased at Sephora (lets keep hoping for an online store for our non Sydney sisters) for $15 for the deluxe sample size shown in this post.