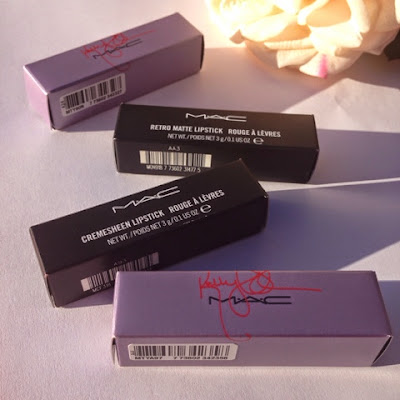 Well! The eagle has landed .. That is if the eagle was a MAC limited edition collection inspired by a pair of fabulous divas! I’m talking about the MAC Osbournes LE which was sneakily released on the Australian MAC website this last Monday. 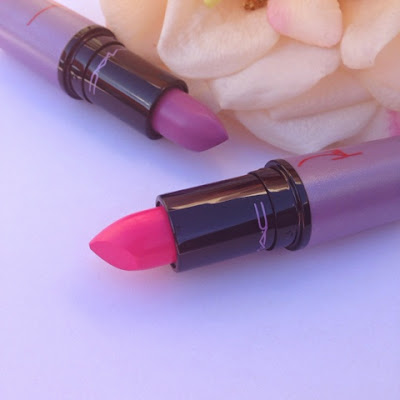 But as luck (unluck) has it, I was home sick on Monday and when the lovely Kirsty from Lipstick Addict alerted me to the fact that it had just been released I ran (ok I walked fast) to the computer and hastily put in my order. I ordered on Monday, paid for express post and they were delivered to me by Wednesday (I only got my eager little hands on them today, Thursday as I was absent from work again!)

As I mentioned I was really only interested in the beautiful hot pink Kelly Yum Yum but while I was shopping my “hand slipped” and I also purchased Dodgy Girl.. No.. I had seen so many swatches of it and even though I was unsure of if I would be able to wear it I decided to take a chance on this light  lavender hued lipstick as it really seems to be one of a kind.

While I was shopping I decided to get a couple of classic colours, seeing that I was paying for postage anyway.  Creme cup is a shade that I have been after a while but every time I have visited the Sydney mac counter it has been sold out. So I picked that up as an every day nude shade. 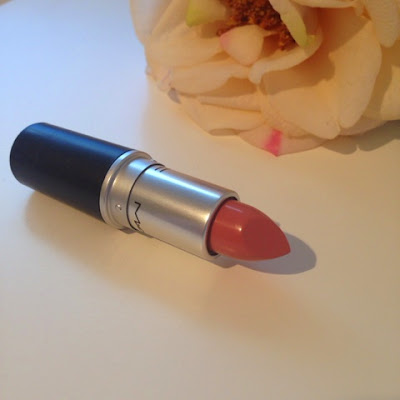 I also purchased All fired up which is a cherry red shade in a retro matte finish. I bought this gorgeous shade as an alternative to Ruby Woo which I love but can look dark as opposed to this shade which is a little brighter.
Here are a few swatches for you. Apologies that a lot of my photos are dark. These days 4pm is a little lacking in natural light and I wanted to get these swatches up for you straight away!!!
I’ll have full reviews coming up after I play with them a little bit! I hope the swatches help you decide whether these two colours are for you! Again, apologies for the lighting!
The collection will be instore from the 18th of August!Are you planning on buying anything from the Osborne collection?

Thanks for stopping by! I love Creme Cup!!! One of my favourite colours!!

Creme Cup looks gorgeous, I might pick that shade up myself, I need to find a lipstick that is a nice shade of pink but nude for everyday wear!