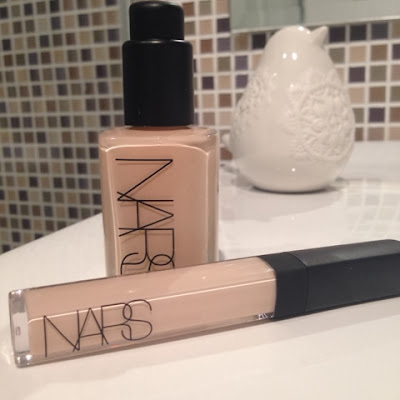 A few weeks ago I went into my local Mecca and had myself colour matched for this concealer and last week I ordered the shade “Chantilly” off their website. I do believe the colour they recommended for me is too light but I have been trialling it never the less along with my new Sheer Glow foundation from Nars (which I also think is too light for me)

This is very different than any concealer I own as it is a doe foot wand type of product and I was expecting it to be similar to some of the drugstore wand style concealers I had used in my late teens. These type of concealers never seemed to provide enough coverage and thus caked up when I always applied too much. 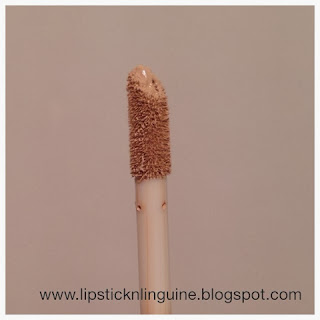 This is very different. The tiny amount of product which comes out on the wand is so super pigmented that it is almost opaque and I very much over did it the first time “playing” with it.

Because this colour feels like it is too light for me I have been using it underneath my foundation to cover the epic spots that I had this week and then putting a small amount anywhere that redness might have been showing through.

In my Sheer Glow review I mentioned this concealer. I had been disappointed at the longevity of Sheer Glow and that when it was used in conjunction with this concealer all that was left on my face was some very obvious concealer and patchy looking skin.

Despite its super thick and pigmented formula the concealer does blend out well. A warning though that because it does stick well that you really need to make sure that your skin is properly moisturised and a primer is essential.

Let me know what you think by leaving a comment below.

Ooh I really want to try this concealer! Have you tried using it under your eyes as a highlight since its too light? xo